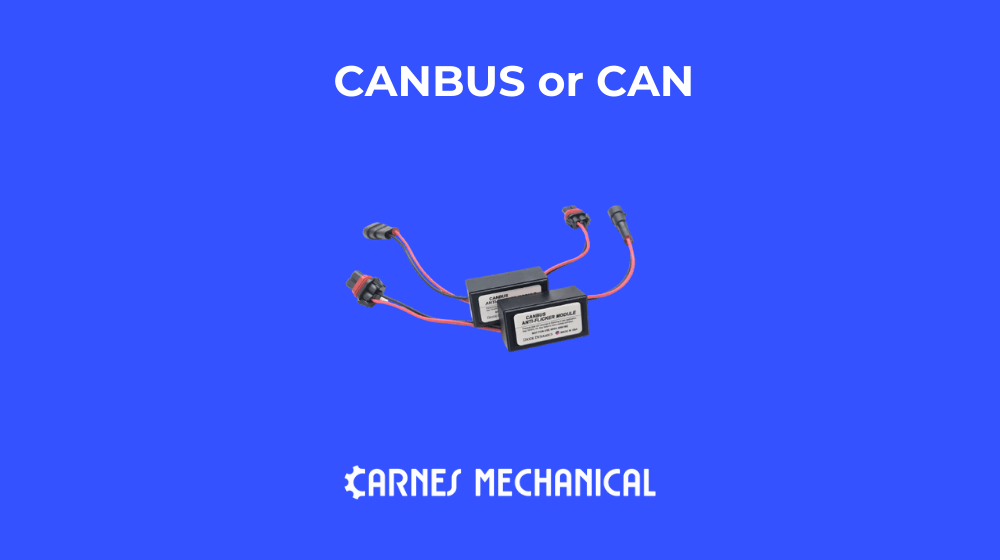 What is CANBUS or CAN and how does it work?

CAN (Controller Area Network) or CANBUS is designed primarily to allow microcontrollers and devices to communicate with each other in applications without a host computer. CAN was originally developed for automotive applications.

Modern cars have up to 70 electronic control units (ECUs) for various systems. Some of them form independent subsystems, but the CAN standard was developed to communicate between them.

CAN Bus is an automotive bus, which is a serial bus protocol for connecting individual systems and sensors. Used as an alternative to conventional multiwire machines, it allows vehicle components to communicate on a single-wire or two-wire data network bus at speeds of up to 1 Mbit/s.

This allows for a much more flexible and reliable system design, as well as reduced wiring complexity.

The CAN bus protocol has been used in a variety of automotive and industrial applications because of its flexibility and reliability. It is now also being used in many other non-automotive applications such as medical equipment, building automation, and process control.

The CAN bus is a broadcast medium, which means that all devices on the bus can receive and process all messages. This makes it possible for any device on the bus to initiate communication with any other device.

The device that wins the arbitration transmits its message and then releases the bus so that another device can transmit its message.

The CAN protocol is designed to be fault-tolerant, which means that it can continue to operate even if one or more devices on the bus are not functioning properly.

If a device fails to respond to a message, the bus will automatically retry the message up to eight times. If the device still does not respond, the message will be considered lost and the bus will move on to the next message.

The CAN protocol is also designed to be self-configuring, which means that it can automatically detect and configure new devices that are added to the bus.

The CAN protocol is an ISO standard (ISO 11898) and is used in a variety of automotive and industrial applications. It is also being used in many other non-automotive applications such as medical equipment, building automation, and process control.

If you’re interested in learning more about the CAN bus protocol, there are a variety of resources available online. One good place to start is to watch the video below on CAN bus.

Video Explaining what CANBUS is.