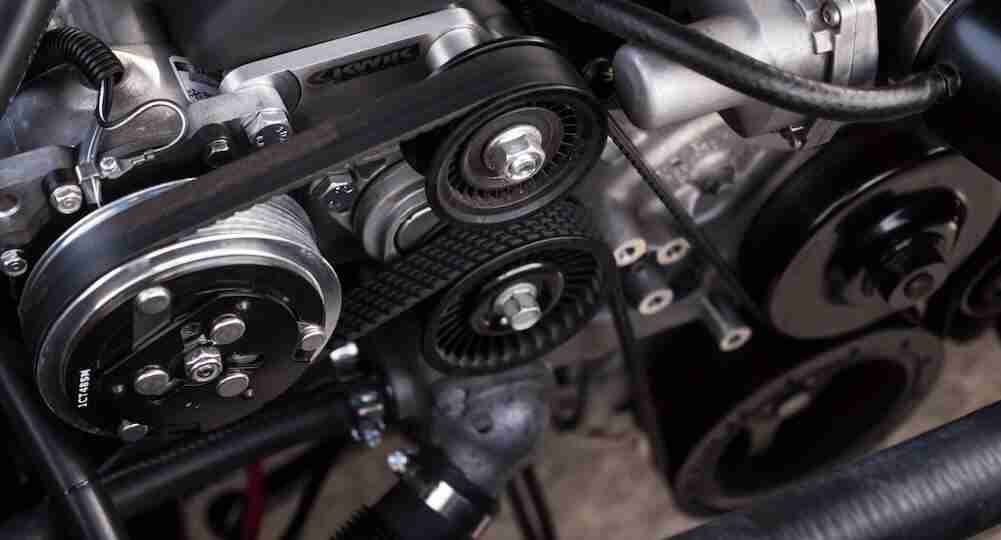 How To Choose the Best Car Coolant (Antifreeze)?

The coolant in your vehicle protects not only against damage caused by frost, but also against corrosion.

In this article, we told you what the best antifreeze on the market.

Radiator antifreeze is usually organic and therefore silicate-free, but in some cases, a hybrid agent containing silicates may be more suitable. However, this must also be changed more frequently. Select a deletable concentrate or a ready-to-use mixture from our test and comparison table so that your car can survive the coming – and of course all future – winters without damage.

Best Antifreeze for US, Asian and European cars

Havoline Extended Life Antifreeze/Coolant DEXCOOL are based on a patented aliphatic organic additive formulation that offers a 150,000 mile/5 year life and is approved under GM6277M. These products meet the requirements of GM DEX-COOL. These products can be used in mixed fleets where passenger cars and light commercial vehicles are present.

Coolant for VW and Audi

Coolant for Toyota and Lexus

Antifreeze for Kia and Hyundai

How to choose the right product from the above radiator antifreeze test or comparison.

The main thing when choosing antifreeze:

When you think of recurring car care tasks, the usual things probably spontaneously come to mind: Refueling, washing the car, changing the tires, checking the oil level and topping up the windshield wiper system. What you sometimes don’t seem to come into contact with at all is the coolant in the engine radiator. Many drivers have this checked during routine inspections or and any faults rectified.

But if it goes missing, the resulting damage can be enormous. Especially in winter, nothing works if the fluid is not radiator antifreeze. In addition, the perceived radiator antifreeze test winner may be exactly the wrong one for your vehicle.

What are the functions of radiator antifreeze?

Antifreeze for the coolant is now standard in car accessories. The coolant effectively dissipates the heat produced by the engine during operation and prevents it from overheating and causing damage.

The engine block relies on the radiator all year round. When temperatures drop into the sub-zero range in the winter, the coolant also becomes uncomfortable unless it is equipped with an antifreeze.

Without it, it turns to ice, expands, and can severely damage lines, hoses, the water pump, and even the entire engine compartment, rendering your vehicle unfit to drive in the worst case scenario.

In addition, the fluid mix conveniently contains substances that protect the metals from internal corrosion, because rust is hardly detectable here from the outside. And to make the variety of tasks complete, radiator antifreeze is also commonly used as a lubricant.

When the development of radiator antifreeze was still in its infancy, Volkswagen only had the two products G11 and G12. One contained silicates, the other was silicate-free. At that time, it was unclear whether it was permissible to mix them. The result was disastrous: acrid acid arose and corroded hoses and metal. Even today, it is strongly discouraged. However, you can mix BASF’s G12 radiator antifreeze, for example, with a competitor’s G12 mixture. The best recommendation, however, is always a complete replacement.

Coolant with or without silicate?

Generally speaking, these developments are divided into three categories of radiator protection types:

Silicate was included as standard in the first radiator antifreeze preparations. This component consists of sand-like salts and ester compounds of silicic acid. They provide a protective layer in the engine that covers the metal surfaces and thus blocks rust formation. At the same time, they are able to mechanically rub off deposits and thus keep the inside of the engine clean.

Since silicate-based antifreeze for the cooling water loses its effectiveness over time, it has to be replaced about every two years or 60,000 miles of driving. Hybrid mixtures combine organic and inorganic components to prevent corrosion.

The protection against rust is achieved by such antifreeze in the radiator with organic salts. These mixtures last longer, because the salts act longer than the inorganic, artificial silicates. A car with this type of radiator antifreeze can therefore run for three to four years under certain circumstances.

However, this does not replace a check by you. If there is hardly any coolant left in the radiator or if you drive the car a lot, this guide value can quickly become wastepaper.

A recent development again mixes organic salts and inorganic silicates. Up to now, coolant antifreeze of this type has been used primarily in models and brands of the Volkswagen Group (VW, Audi, Porsche, Seat, Skoda, Bentley) as well as newer trucks from Mercedes and MAN.

What do the G abbreviations mean for radiator antifreeze?
With the exception of old Porsche 911 models, the CV2 duck from French manufacturer Citroen and the classic VW Beetle, all of which were still cooled with air, cars across the board rely on liquid to remove heat in the cooling system. The carmaker Volkswagen and the chemical company BASF led the way in the production of coolant. They independently developed two standards that have become established on the market and can be distinguished from each other by the abbreviation G followed by a number.

This currently results in the following classification: 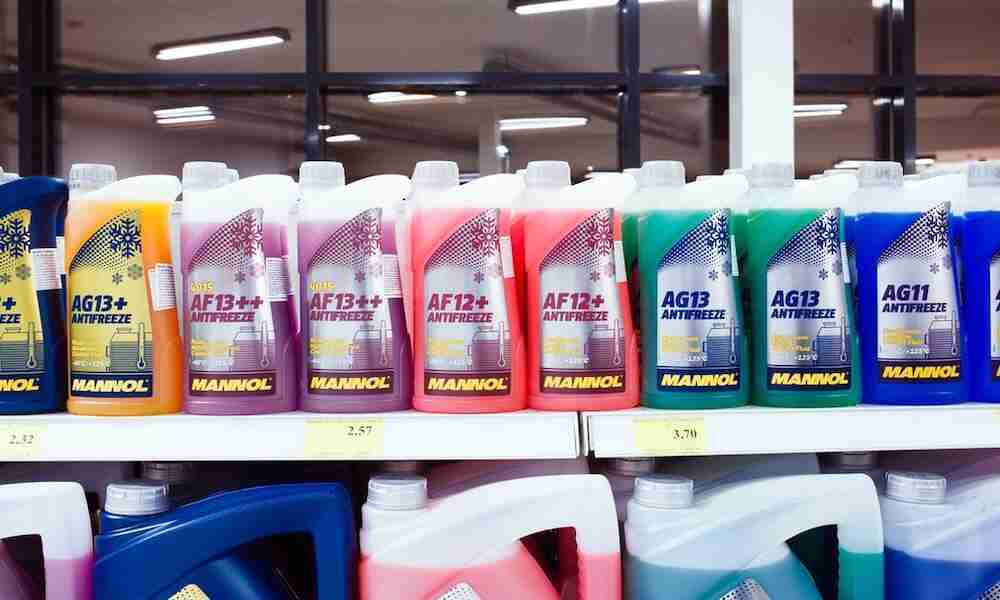 Note the specifications: Engines have become more and more complex structurally and are also becoming more and more individual in the composition of different materials. Aluminum alloys change and before you know it, they no longer get along well with silicate, even though that wasn’t a problem with the previous model. That’s why a look at your car’s manual is essential to find the best radiator antifreeze for your car.

What does the coloring say about the radiator antifreeze?

It is very noticeable that there are different shades of color in the antifreeze for the cooling water. In addition to red-purple coloring, you can also find green-bluish and yellow radiator protection. Basically, it is important to emphasize that in the case of radiator antifreeze, colors have no significance whatsoever in terms of the effectiveness of the product.

Likewise, many customers mistakenly assume that they can draw conclusions about the chemical ingredients based on the coloring. In other words, just because it’s green doesn’t guarantee that you’re buying a silicate-free radiator antifreeze. Every manufacturer of radiator antifreeze has complete freedom of design when it comes to choosing the color, which is why there is no alternative to looking in the manual and matching up the right abbreviation.

Which manufacturers of radiator antifreeze are popular?

Volkswagen and BASF were the developmental pioneers and established the abbreviations on the market, but over time, several competing manufacturers have gathered, which follow the similar formula but have released equally useful branded products. Questions and answers on the subject of radiator antifreeze

How do I dispose of radiator antifreeze?

If you have drained and collected old radiator antifreeze from the radiator tank or want to get rid of a stale pack because you are no longer sure about its efficiency, proper disposal is mandatory. Toxic chemicals cannot simply be disposed of in the household waste. The right places to go would be, for example, a hazardous waste mobile or a waste company that accepts this type of hazardous waste.

What kind of water should I use for mixing?

If you have not already purchased radiator antifreeze as a ready-to-use mixture but as a concentrate, you still need to mix it in the correct ratio. The manufacturer’s instructions usually help with this. When it comes to the question of which water should be used for mixing, there is a clear recommendation to use distilled water.

It is chemically purified and has no limescale, which (unlike hard or softer water) could build up in the radiator or hoses. In addition, certain components of the anti-corrosion effect of water that is too hard can be neutralized.

Distilled error: water chemically purified of all nutrients and salts accumulates them by removing them from the environment in which it is found. Because of this process, voices are often heard advising against the use of distilled water because it attacks the cooling system and causes rust. If you fill it pure into the radiator, this may even be true. However, keep in mind that by mixing it with the radiator antifreeze concentrate, it is already no longer neutral and will no longer have this damaging effect. It is not for nothing that manufacturers recommend this type of water as the optimal solution.

How do I know if the radiator antifreeze needs to be changed?

On the containers of the engine antifreeze, there are recommendations on how long it should stay in the radiator. You should stick to this urgently, but it can’t hurt to check the level in between.

If you want to check how effective the coolant still is, an antifreeze tester, also called a gauge, will tell you. Simply hold it in the water and look at the scale to see what degree number is displayed. This is the determined lowest temperature up to which the coolant is still protected from freezing by the antifreeze.