What is a High Beam Light?

A high beam light is a powerful light that is used to illuminate the road ahead. It is usually mounted on the front of a vehicle and is operated by a switch on the dashboard. High beams are very useful for driving at night or in conditions where visibility is poor.

However, it is important to use them responsibly and only when necessary, as they can cause glare and impair the vision of other drivers. When approaching or passing another vehicle, it is polite to dip your high beams to avoid dazzling the other driver.

The high beam  Light and the headlight flasher

The high beam light is a very powerful headlight to the front. Turn it on, you can see farther and better. However, the high beams dazzle other vehicles and road users. If you switch on the high beam only briefly, this is the headlight flasher. It serves as a warning. 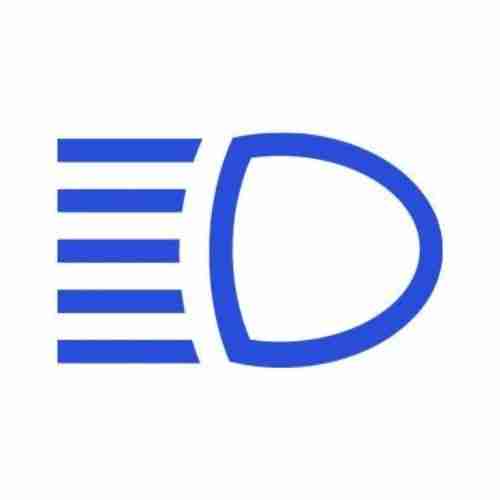 When may I switch on the high beam Light?

You may only switch on the high beam when visibility is severely restricted, for example on country roads at night. The high beam can be used when there is no oncoming traffic and when it does not bother other drivers. It should not be used in built-up areas, except when you are leaving them. When approaching or overtaking another vehicle, you must dim your headlights. If you do not, you may blind the other driver and cause an accident.

High beams Lights are prohibited in the following situations:

When am I allowed to use the High Beam headlight flasher?

You are allowed to use the headlight flasher as a warning signal when you see yourself or other road users in danger. Outside built-up areas, it is also permitted to announce an overtaking maneuver.

Whether you are allowed to use the flash as an indication of a defective light or a forgotten turn signal on the other car is not specified by law. This also applies if you use the headlight flasher to clarify the right of way on narrow roads and obstacles. However, it is forbidden to use the flash to greet acquaintances or to draw attention to traffic control.

To learn more about high beam lights, watch the video below.

How To Operate Car Headlights Video.

What is high beam and low beam lights?
High beam and low beam lights are types of automotive headlights that provide different levels of illumination. High beams, sometimes called brights, provide the highest level of light output available from a vehicle’s headlight system. They are used for maximum visibility on dark roads or when driving at high speeds. Low beams provide a lower level of light which is more appropriate for driving in areas with other vehicles present, such as city streets and highways, as it reduces glare for other drivers. As a safety measure, most vehicles have an automatic setting that switches between high and low beams when detecting oncoming traffic. Proper use of these settings can help ensure driver safety while maximizing visibility.
How do I know which light is high beam?
Generally, high beam headlights are the brightest setting on a vehicle. They are also known as “driving lights” and they come on when you switch your headlight switch to the “high beam” position. To identify a high beam light, look for the centermost light of your three headlights (or four if your vehicle has quad headlights). This will typically be the highest powered light, which is used for driving in dark conditions where increased visibility is beneficial. Make sure to dim or switch off your high beams when other drivers are present, as their bright light can cause discomfort and blindness. Safety should always be considered when operating a vehicle’s lighting system. By familiarizing yourself with how your vehicle’s lights work, you can ensure that you’re driving safely and responsibly.
Is high beam the same as brights?
No, high beam and brights are not the same. High beam is a feature on vehicles that produces an even brighter light than normal headlights. On most cars, when you activate high beams, they will stay lit until you turn them off manually or switch back to regular headlights. Brights refer to the “dim” setting, which is usually only used at night or in dark conditions. While both high beams and brights improve visibility when driving at night, they should not be used simultaneously as this can cause glare and impair visibility for other drivers. It’s important to remember that using either of these features too frequently can reduce their effectiveness over time due to increased wear on the bulbs. In some areas, it may also be illegal to use high beams or brights at certain times. It’s important to be aware of any local laws and regulations before using these features.