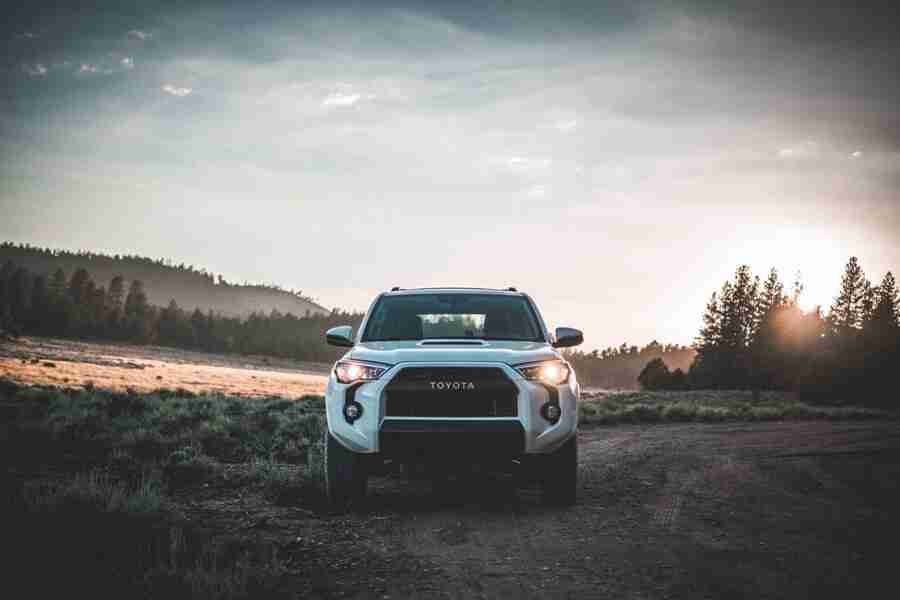 I hope you don’t need to explain what engine oil is and what its role in the engine is. These are commonplace truths that everyone knows. But there are a lot of questions, disputes and gossip on the terms of oil replacement even among drivers with experience. There are several methods to calculate the ideal interval: mileage in miles, engine hours, change according to the calendar, the amount of used fuel. Let’s talk about these in more detail below. Read more: Best Synthetic Engine Oil.

How to Calculate Your Ideal Oil Change Interval

There is not and cannot be a general formula for determining the optimal oil mileage in the engine, as this figure depends on many factors.

First, you should consider the recommendations of the engine manufacturer, as a rule, oil in powerful engines wears longer than in small cars. Each engine manufacturer specifies its optimal replacement interval, for example, for some BMW engines it is 20,000. Accordingly, the oils with approvals for these engines must retain their properties throughout this mileage.

Secondly, it is necessary to decide what to start from mileage, engine hours, or calendar period. Below we will discuss each of these calculation methods in detail – how to calculate and in which cases each of them is applicable.

Third, consider your driving style. When driving in the city and the constant long idle time in the scourge of modern engines traffic jams, the oil wears out much faster. As well as in extreme driving at high speeds, off-road, or when transporting heavy loads, when RPM is often overdrive.

Fourthly, we should take into account the quality of the oil itself – different types of lubricants demand different change intervals. If you get really confused, it is possible to change oil by a quantity of burned fuel. Every driver is guided in his own way, and every method is correct.

At the same time, don’t forget to assess the actual condition of the oil. Hopefully, you have a healthy habit of checking its amount before each trip. You should urgently change lubricant if it has thickened to the state of tar, or, on the contrary, has lost its thickness to an almost watery state.

What is the easiest way to orientate in terms of replacement time?

Manufacturers specify the recommended oil change interval for the engine in kilometers or calendar terms – six months, a year. Modern engines often have a recommendation for a longer interval of replacement, but in this case, you should also choose oils from the LongLife category. On average, it is better not to exceed 10,000 miles, but also this figure is very relative and depends on the factors listed above – conditions of use and time for which such mileage is accumulated.

When it is better to be guided by the calendar

For the first group one cannot be guided by the mileage for replacement, we look at the calendar – a year has passed, we change the oil, regardless of the current mileage, as it begins the process of natural aging, the properties are lost, in addition, with long downtime in the engine condensate is formed, which accelerates the oxidation and corrosion of parts. This also applies to those cars that have not been used at all for a year, even if the car has been parked in the garage, change the oil before use.

When it is better to be guided by mileage

In the second group of cars described there are almost ideal conditions. Average speed, no frequent idling in traffic – in this case you can look at the mileage and change oil in accordance with the manufacturer’s specified regulations – 10-15,000 miles. But I would advise not to drive more than 10 000 or just divide recommended by the engine manufacturer mileage by 1,5-2 – it is the safest for the engine.

If you look closely at the independent tests of the use of different oils, few manufacturers successfully cross the line of 10,000 miles, after that the processes of rapid deterioration of the composition begin, there are products of oxidation, depletion, acid increases, the alkali number drops, the kinematic viscosity increases. These indicators depend a lot on the oil composition, and we will touch upon this subject in detail further on.

When it is better to be guided by engine hours

It is most difficult to calculate the optimum replacement period for the third group, which operates mainly in the city and every day. Low speed, idling in traffic, stopping and starting at traffic lights. That is the actual kilometers may be short, but the engine is frequently idling, which is more ruinous for the oil, than driving on the highway at a steady speed. In such a case it is not reasonable to orient only on the mileage, as in such a mode the oil can withstand 5 or 7 thousand, depending on the quality of the lubricant itself, its capacity and the condition of the engine. In this mode, it is recommended to be guided by moto-hours. For this purpose, a meter of engine hours is installed, if the car is not already equipped with it. The device is connected to any circuit and is powered independently.

Simple arithmetic will help to calculate the optimal number of moto-hours. For example, if the recommended mileage from replacement to replacement for your engine is 15,000 miles, then at an average speed of 50 mph this distance will be covered in 300 hours. That is, and we take this figure as a basis. I think the calculation is clear, divide the mileage by the average speed and get the engine hours. Just substitute your figures in the formula and be guided by the result. On average, it is recommended to set a limit of 200-400 moto-hours, but this does not apply to driving with heavy loads – high speeds and revolutions. The number of engine hours also depends on the type of oil, we will touch on this subject later on.

Keep in mind that moto-hours is not an actual measure of how long the engine has been running. The higher the RPM, the faster the meter spins. That is, if you like to drive, you will run the hours much faster as if you were covering the same distance at a slower speed.

Changing oil according to the amount of fuel used

There is a widespread opinion that you should be guided by the amount of fuel combusted, this method has also a place. For example, you have consumed 1000 liters of fuel, so change the oil. But in this method, you need to be a big pedant, to write down the consumption or collect receipts to make an accurate calculation.

Another disadvantage – it is difficult to calculate the golden mean specifically for your car, as it is impossible to compare engines with different numbers of cylinders, displacement, and capacity, the costs will differ at times for the same mileage, while, as mentioned above, in more powerful and volumetric engines, and the aging of the oil is slower than in small cars, as high speed for the engine 2 liters and the engine 0.8 liters gives different loads, in the first case, the engine does not even notice it, in the second case, it can simply fail, though it eats less gasoline than a more powerful counterpart. That is, we start from the average consumption and calculate by it the optimum value. But it is also necessary to correct the driving style.

For understanding: in sports cars, oil is changed after every race.

If you are a fan of fast and sporty driving, you can rely on the above recommendations, but divide the above values by 1.5-2 and use only synthetic oils.

How often you need to change oil with different compositions

Among the requirements that the oils have API, there is also the number of moto-hours that the oil must withstand:

The table clearly shows how much the oil change interval depends on its composition. Mineral oils are used very seldom lately, and even that mostly for rare cars, which are more idle in the garage as exhibits than used, so we will not focus our attention on them.

But let’s return to our compositions. Next on the list is a semi-synthetic. It is rather widely represented on the lubricant market and will hardly become as mammoth as the mineral, but it is gradually substituted by hydrocracking, which, though there are some disputes about it, is classified as synthetic.

Semi-synthetic formulations are more sensitive to mileage than synthetics and start losing their properties much faster. Mainly due to the mineral components in the composition. Depending on the producer, they may be from 20 to 70%. Semisynthetics may be supplemented with a quality package of detergent additives that won’t lose their properties even after 10 000, but the base itself cannot withstand the long load, which affects the kinematic viscosity – it begins to grow. With increasing viscosity the load on the parts increases, they overheat more, which in turn worsens the properties of the oil even more. Thus, I strongly advise against rolling semisynthetic oil over 10 000.

Things are much better with synthetics. As we see from the table, for long runs it is better to choose esters, or at least PAO. Each manufacturer indicates the definition LongLife in the oil description, what means the possibility of its application for long runs.

If you delay one change, you may not even notice the consequences without disassembly of the engine, and the following time changes and usage of good oil will partly improve the situation inside the engine, but if you constantly conduct such experiment and re-rolling, you may wait for some consequences:

The same rules apply to diesel engines as to gasoline engines. The only difference is that the working fluid in them is exposed to greater external influences, for this reason, the oil change is carried out a little more often in a diesel engine. The frequency of changes is also affected by the quality of domestic fuel with high sulfur content, which also negatively affects the oil.

In theory, you can be guided by the alkaline number in oil (TBN). The higher it is, the longer is the mileage, during which the oil will successfully wash the engine and neutralize acid substances and aggressive oxidation products. The optimum TBN value for diesel engines is 11-14.

The second indicator to rely on is the acid number (TAN). The lower it is, the better, i.e. the oil initially has the minimum quantity of substances activating corrosion and friction pair wear in the engine.

For gasoline engines, it is also worth paying attention to this indicator, but for diesel engines it is of particular importance.

Who and Why Change Oil for Winter and Summer
The oil should be changed for the winter and summer in two cases. The first one is when by mileage or moto-hours it fits the season change. The second one is optimal for regions with a sharp changes in climate conditions. The middle zone inhabitants should not take such trouble. All commercially available oils are universal and can be used at any temperature. But if the region has extremely cold winters and hot summers, one should use less viscosity oil in winter, and more in summer.

So, let us summarize everything we have talked about in this article:

Related posts:
What Is Multigrade Oil
What Is Engine Oil Volatility
What Is Synthetic Oil

How fast can you drive on a spare tire?