Why isn’t the output of headlight lamps simply given in watts?

The reason is that the light output of a lamp is not generated by electrical power alone, but also by the temperature in the light bulb. The higher this is, the brighter the light becomes.

There are different ways to increase the temperature and thus the luminous flux. One possibility is to use a gas of higher pressure. Or a different material for the filament. Tungsten has a particularly high melting point, which is why it is used in halogen lamps. But even this metal can only be heated to a certain temperature by the electrical current. If you want to go higher, you need more watts of power input.

The other possibility for increasing the light output is to heat the filament even more. This is done by using a special reflector that focuses the light onto the filament. The radiation thus produced heats up the tungsten wire even more and makes it glow brighter.

This is why watts alone are not enough to describe the performance of a headlight lamp. The output in lumens and the luminance are much more relevant.

But that doesn’t make the choice of headlight any easier. After all, you can’t just look at the numbers to see how bright a lamp actually is. You have to trust the manufacturers’ descriptions – or test the lamps yourself.

Why isn’t the output of headlight lamps simply given in watts?

Watts alone are not enough to describe the performance of a headlight lamp. The output in lumens and the luminance are much more relevant.

For household lamps, the world was simple for many decades. With light bulbs, also called bulbs because of their shape, it was the watt that counted in terms of brightness. A 60-watt bulb is more efficient than a 40-watt bulb, but when it comes to automotive lamps, especially those for halogen headlights, looking at the electrical output doesn’t help much. 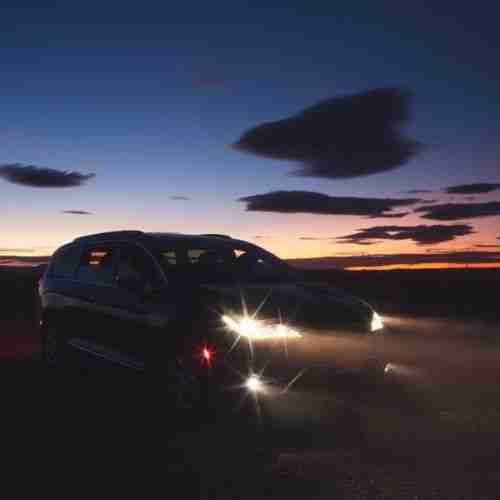 Let’s explain this with an example. Many headlight lamps have an output of 55 watts. So the H1, H3, H4 and H7. Do they all provide exactly the same amount of light? Not at all. For the light is largely the luminous flux in lumens decisive. And here there are clear differences in the truest sense of the word. The H1 produces 1550 lumens, the H3 a hundred less and the H4 even only 1000 in the low beam. The H7 produces 1500 lumens. The HB3 with 60 watts in its electrical data only insignificantly stronger supplies 1860 lumens and the high beam lamp H9 from 65 watts even 2100.

By the way: All these headlight lamps thus provide significantly more luminous flux than the household lamp with 60 watts, which only emits around 750 lumens.

Luminous flux is not the only criterion for the performance of a car lamp. Luminance has a considerable influence on what comes out of a headlight.

Another example: the H1, as mentioned above, produces 50 lumens more than the H7. Nevertheless, the latter is the more powerful lamp – because of its higher luminance.

So watts don’t have too much significance.