What is an LED car Bulb

An LED car bulb is a type of light bulb that uses light-emitting diodes (LEDs) to produce light. LED bulbs are more energy-efficient and have a longer lifespan than traditional incandescent bulbs. They are also more durable, making them less likely to break or burn out.

LED bulbs are available in a variety of shapes, sizes, and colors. You can find LED bulbs that fit into your car’s existing headlight housing, or you can purchase aftermarket LED headlights that replace your entire headlight assembly.

LED lights made their debut in the first vehicle models around 20 years ago. Initially, they were installed in taillights and brake lights, and later also in turn signals and daytime running lights. In the meantime, LED lights are also used for low beam and high beam and have almost completely replaced halogen and xenon lights.

There are several advantages. For example, LED lights are often brighter than halogen lamps, more energy-efficient, and longer-lasting. Or LED lights with matrix technology: They consist of many small, separately controllable LEDs, and can specifically cut out oncoming cars or the vehicle in front. Their drivers are then not dazzled, but the surrounding area is well illuminated and obstacles are detected earlier. 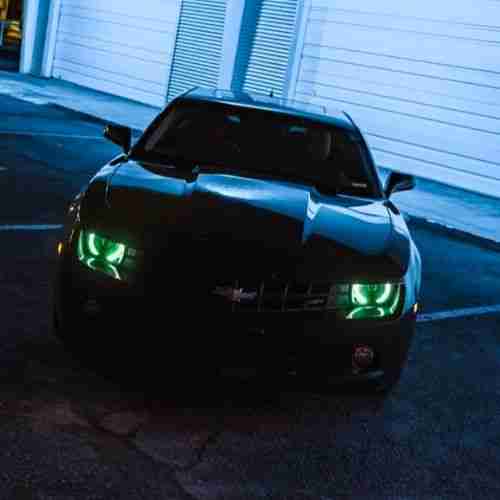 Why can LED lamps break?

LED lights generally last longer than halogen lamps, but they don’t have eternal life either. The reason: they wear out over time, and the luminosity decreases over the years. If the emitted luminous flux falls below 70 percent of the original value, the LED light source is considered worn out.

When this occurs depends very much on the cooling and heat dissipation of the LED modules, especially that of the semiconductor layer (“junction”).

This is because, unlike incandescent lamps, LEDs are very sensitive to temperature: the higher the temperature, the greater the wear. A very warm environment such as a hot engine compartment, a radiator or air-conditioning condenser near the headlamp, and high outside temperatures can shorten the service life of the LED just as much as light output and thus power loss that is too high for the ambient conditions.

If you want to learn more about LED bulbs, Check out this video below.

What you need to know about LED Car Bulbs

Different types of LED lamps for your car:

How do LED car bulbs work?
LED car bulbs are designed to create a powerful and efficient light output, using minimal energy. The technology works by using an electrical current that passes through the diode of a semiconductor chip. This generates visible light when electrons combine with electron holes within the device. LED bulbs contain multiple diodes, which together emit more than one wavelength of light, resulting in bright white illumination. Additionally, LED car bulbs are engineered to spread their light output over a wider area than regular halogen lamps, providing more uniform lighting for improved visibility. Compared with traditional incandescent bulbs, LEDs require far less energy to operate and can last up to 10 times longer before needing replacement – making them an economical choice for automotive owners.
What are the disadvantages of LED headlights?
The main disadvantage of LED headlights is that they are much more expensive than traditional halogen lights. In addition to the cost, LED headlights can also be difficult to find as a replacement for halogen bulbs due to their specialized design. Furthermore, LED headlights may require special retrofitting of the headlight housing in order for them to fit properly. This process can take some time and additional financial resources. Lastly, LED headlights do not generate as much light output as traditional halogen bulbs, which can lead to decreased visibility on dark roads or at night. Therefore, it is important for drivers to assess their own needs and preferences prior to making a decision about whether or not LED headlights are right for them.
Can you replace regular bulbs with LED in car?
Yes, you can replace regular bulbs with LED in your car. LED bulbs are usually the preferred choice for automotive lighting due to their improved longevity and brightness compared to traditional halogen bulbs. LED lights are also more efficient, as they require less power than halogen bulbs and last longer, meaning you need to replace them less often. Additionally, LEDs produce less heat than halogens which reduces wear and tear on the car’s wiring system. When replacing a regular bulb with an LED bulb in your car, it is important to ensure that the size of the new bulb matches the socket of the old one and that you use a compatible base type (e.g., BA9s vs H11). This will help ensure that the light from your new LED bulb is the same color and brightness as before. Lastly, make sure to double check your local laws regarding automotive lighting before replacing a regular bulb with an LED.